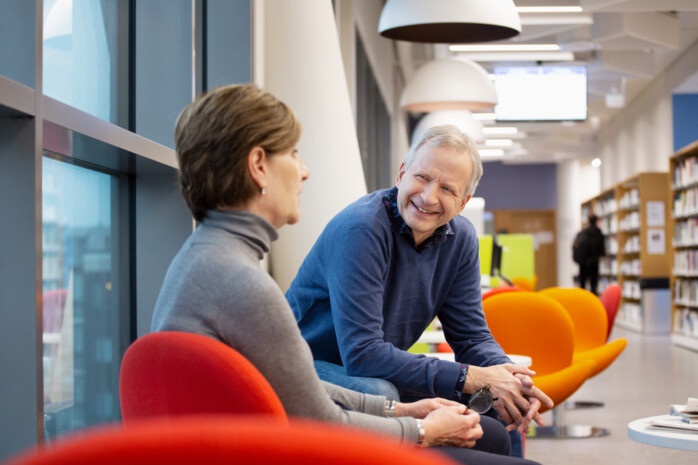 In its recent review, the OECD compliments Finland for its low old-age income inequalities. However, the OECD also expresses a concern for the low pension adequacy of the self-employed and suggests measures to improve their pensions. Pension levels in relation to earnings will be reduced in the future in most OECD countries, also in Finland.

At the moment, according to the OECD report, the income of Finnish citizens who have turned 65 years is 17 per cent lower than that of the total population. The average gap in OECD countries is 13 per cent. 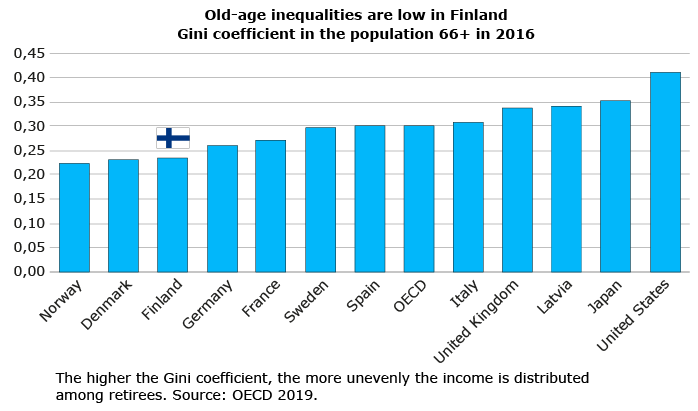 The Gini coefficient for retirees has slightly risen in the last decades in Finland. The change is due to growing income gaps on the labour markets.

“Pension income is based on the income earned during working life. Despite this, the old-age income inequality is comparatively low in Finland. The Finnish pension system has successfully combined the earnings principle with the goals of income distribution,” says director Jaakko Kiander (Finnish Centre for Pensions).

The OECD estimates that 22-year-old Finnish citizens get a net pension that is 64 per cent of the pre-retirement wage, assuming they entered working life in 2018 and work in the private sector with an average wage until reaching their retirement age of 68. The average replacement rate in OECD countries will be lower (59 per cent).

“Many countries have prepared for increasing longevity with mechanisms like the life expectancy coefficient. Considering OECD’s data, the Finnish coefficient’s reducing effect on future pensions seems smaller in Finland than in other industrial countries on average,” Kiander explains. Hervé Boulhol (leader of the Pensions and Population Ageing team in the Directorate for Employment, Labour and Social Affairs, OECD) and Maciej Lis (Economist at the OECD) will present the fresh international Pensions at a Glance report at the research seminar of the Finnish Centre for Pensions on 4 February.  The review How does Finland compare? will also be discussed at the event. What is Finland’s current situation, and what will it be in the future?