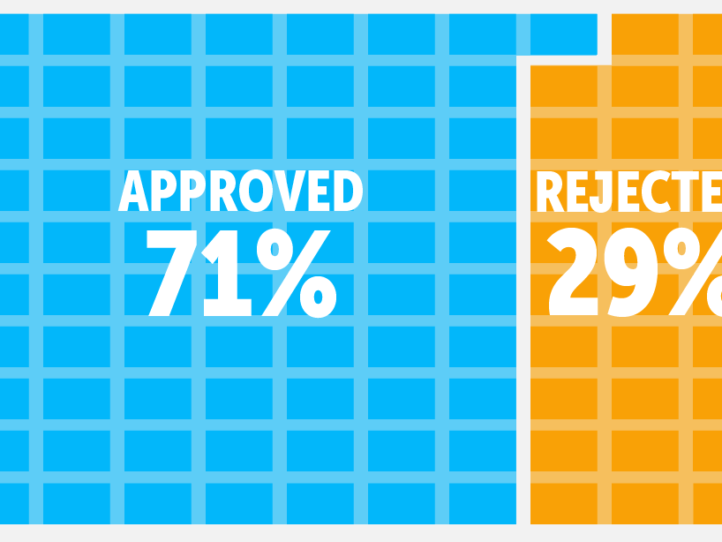 According to statistics of the Finnish Centre for Pensions, the number of new disability pension decisions grew considerably in 2018. At the same time, the share of rejected disability pension applications dropped for the first time in a decade.

In 2018, a total of 23,500 disability pension decision were issued in the earnings-related pension system. 71 per cent of the applications were accepted and 29 per cent rejected.

For the first time in ten years, the share of rejected applications decreased in 2018, by one percentage point compared to in 2017. At the same time, the number of disability pension decisions grew by 1,700.

“The number of rejections dropped in the private sector, more so for men than for women,” says Tiina Palotie-Heino, Head of Statistics at the Finnish Centre for Pensions.

Two out of three decisions were issued by private sector pension insurance companies. They rejected slightly less than one third (31%) of the applications. The rejection rate was clearly lower in the public sector, at nearly one quarter (24%).

There was no gender gap in the share of rejections in the public sector. The majority of rejections concerned applications for a disability pension due to mental disorders and musculoskeletal diseases.

In 2018, claims for a disability pension were processed, on average, in 63 days.

Survivors’ pension applications were processed in 19 days. The shortest average processing time was that for the partial old-age pension: 11 days.

The processing times were shorter for all pension types in the public sector compared to the private sector. 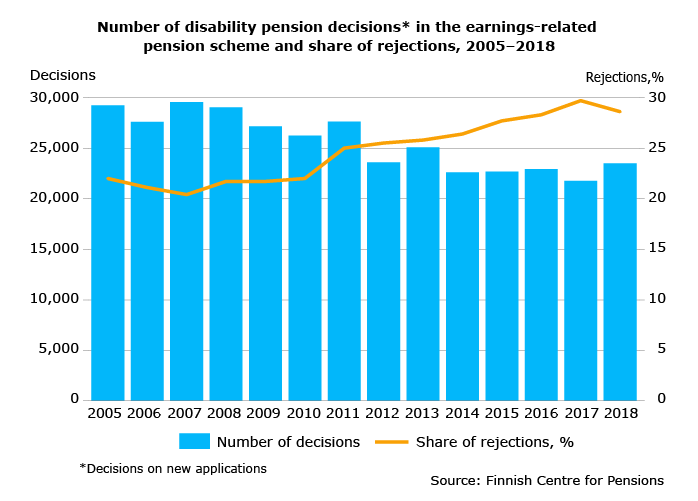