Majority of grant recipients and officials working abroad are women 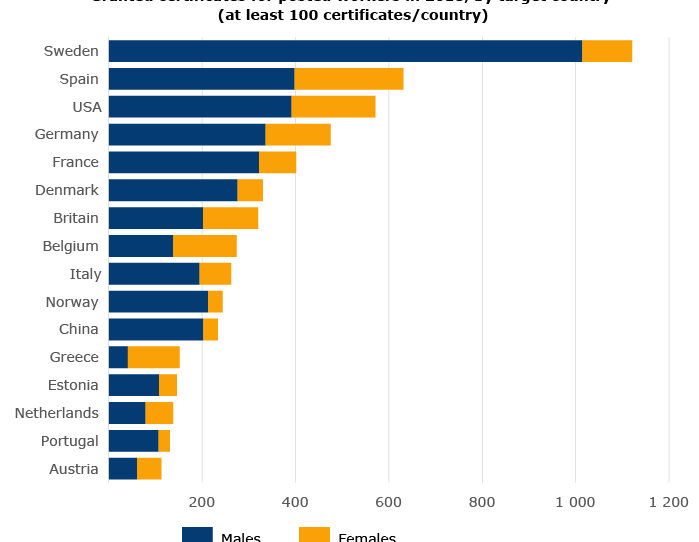 Most workers posted from Finland are posted to Sweden. In 2018, nearly four out of five certificates for posted workers were granted to men. When viewed by groups of people, only officials and grant recipients included more women (58%) than men.

Certificates for posted workers are granted to workers working in EU/EEA countries and Switzerland (A1 certificate) and countries with which Finland has a social security agreement. A person working temporarily in the countries in question may be granted a certificate if they are covered by Finnish social security immediately before going to work abroad and if they are posted abroad by an employer that operates in Finland. When a worker has a valid certificate of a posted worker, all statutory social insurance contributions are paid to Finland and the worker is covered by Finnish social security.