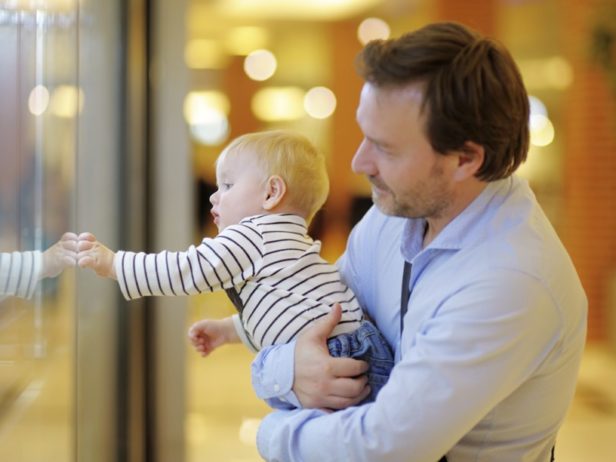 The pension financing outlook is stable for the next few decades. The insurance contribution under the Employees Pensions Act (TyEL contribution) can be kept below 25 per cent of the wages until the 2050s. However, in the long run, the low birth rates will cause a pronounced pressure to raise the contribution rate. The required preparations should be made ahead of time.

The Finnish Centre for Pensions has updated its long-term projections on the development of statutory pensions.

The projections follow Statistics Finland’s population forecast from 2018. According to that forecast, the working-age population in Finland will decline throughout the projection period (2019-2085) due to low birth rates. At the same time, the share of the population aged 65 or older will continue to rise.

Despite the weakening dependency ratio, the private sector TyEL contribution can be kept below 25 per cent up to the 2050s. After that, pension expenditure relative to wages will start to grow fiercely, generating a pressure to raise the contribution by several percentage points. With the projected demographic development, the contribution will rise to more than 30 per cent towards the end of the projection period.

“The pension financing outlook is rather stable for the next few decades. The low birth rates should be taken seriously, though. Now is the time to think about how to influence the demographic development,” states development manager Heikki Tikanmäki of the Finnish Centre for Pensions. 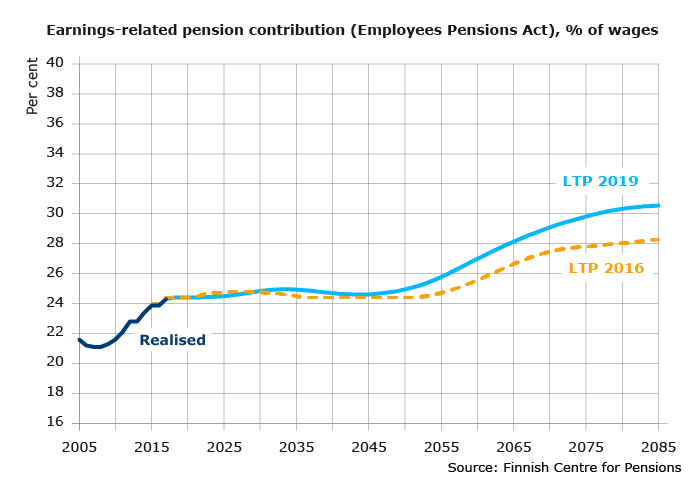 The expected investment returns for the next few years are rather weak. In the next decade, the assumption of the real return on pensions is 2.5 per cent per year. After that it will rise to 3.5 per cent.

Despite the low investment returns, the pressure to raise the TyEL contribution in the near future is not significant in the baseline projection.

The general economic fluctuation is reflected in the optimistic and pessimistic scenarios. Due to the employment rate, the growth in earnings as well as the development of investment returns, the earnings-related pension insurance contribution will vary from 23 to 27 per cent in the 2020s in these scenarios.

“The contribution level in the next two decades depends on the economic development,” Tikanmäki explains.

Purchasing power of pensions will rise, ratio to earnings fall

The main reason for the declining ratio is the life expectancy coefficient, which adapts the benefit level to correspond to changes in life expectancy.