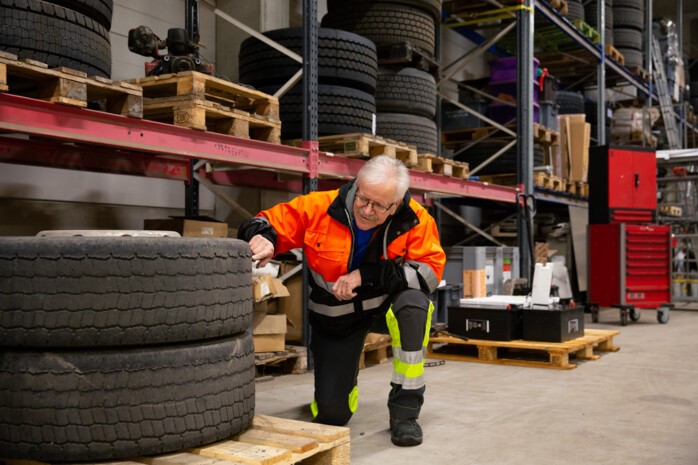 The partial old-age pension replaced the part-time pension in 2017.

The partial old-age pension, when taken out early, reduces the full old-age pension amount permanently. The average monthly deduction for early retirement was 123 euros for younger persons, that is, for those born in 1958 who have a right to the pension.

“At most, younger persons who are eligible for the pension can take it out for as much as three years early. Although pensions are cut increasingly more, it does not seem to affect the behaviour of people,” development manager Jari Kannisto (Finnish Centre for Pensions) states.

Nine out of ten pensions have been taken early, that is, before the pension recipient has reached their retirement age. A considerable part of those who have taken out a partial old-age pension retired on an full old-age pension as soon as it was possible.

Two out of three continued working

More than half (57%) of the recipients of the partial old-age pension are men. Compared to women, the shorter expected life span and the higher earnings of men may explain the high ratio of male recipients.

An ample two out of three partial old-age pension recipients continued working. Most of them work in the private sector.

“It seems that every third of those working cuts down on their working hours. If the downshifters continue working past their retirement age, this pension benefit works as intended. However, we don’t know yet if this is the case,” Kannisto explains.

The years-of-service pension came into force at the beginning of 2018. By the end of 2019, the benefit had been granted to 64 persons.

In 2019, a total of 27 new year-of-pensions started. On average, the monthly pension was 2,080 euros. At year-end, a total of 15 years-of-service pensions were in payment. Most pension recipients are men.

So far, the years-of-service pension has been able to last for only a few months before it has been converted into an old-age pension. In the future, the popularity of the earnings-related pension may grow as the retirement age for the old-age pension rises. 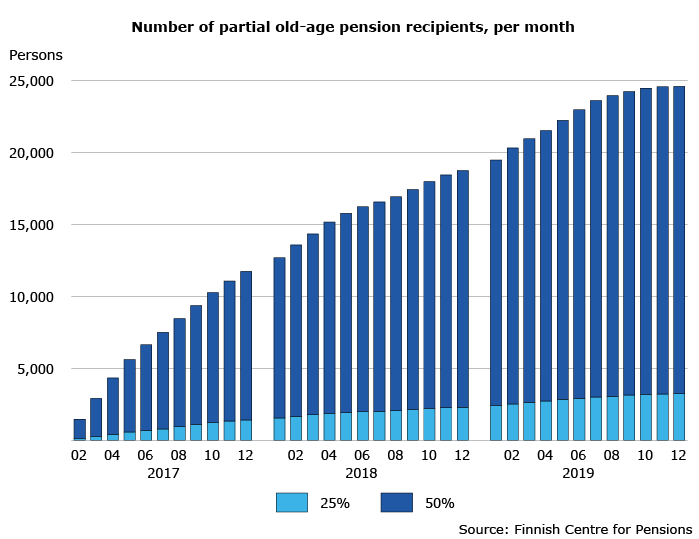