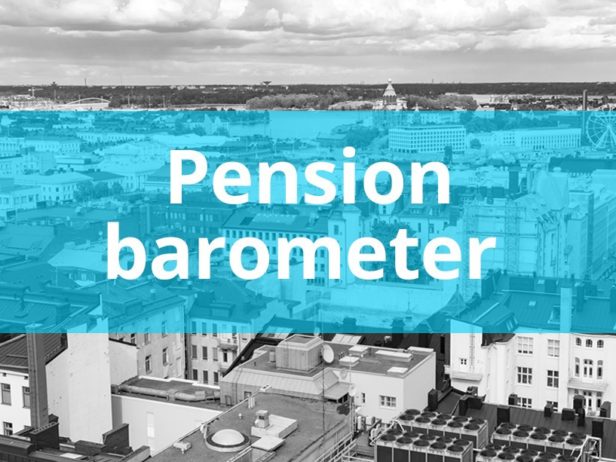 Nearly two out of three (67%) Finns trust the pension system according to the Pension Barometer conducted by the Finnish Centre for Pensions. Each year, the questionnaire survey measures how Finns relate to pensions and pension-related issues.

“The increased trust is at least partly also related to the favourable economic and employment development. These factors have been observed to be linked to trust,” says Susan Kuivalainen, Head of Research at the Finnish Centre for Pensions.

No to cuts in pensions

The Pension Barometer also asked citizens of their view on measures to be taken if the sustainability of the pension system needs to be improved. The given alternatives were raising pension contributions, raising the retirement age and cutting pensions.

None of the alternatives were popular. All age groups and socioeconomic classes opposed cuts to current and future pensions.

Raising the pension contributions was the most popular (42%) alternative. Every third respondent (32%) favoured raising the retirement age. Only a few would accept cuts in pensions in payment (7%) and in future pensions (11%).

Contribution burden of the young too heavy

This year, the barometer also included questions about intergenerational fairness.

Half of the Finns find that the younger generations have to pick up an unreasonably big share of the pension tab. Every fourth disagrees at least to some degree. 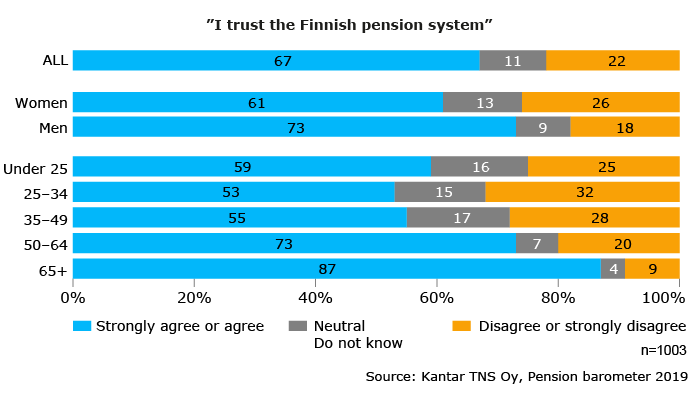 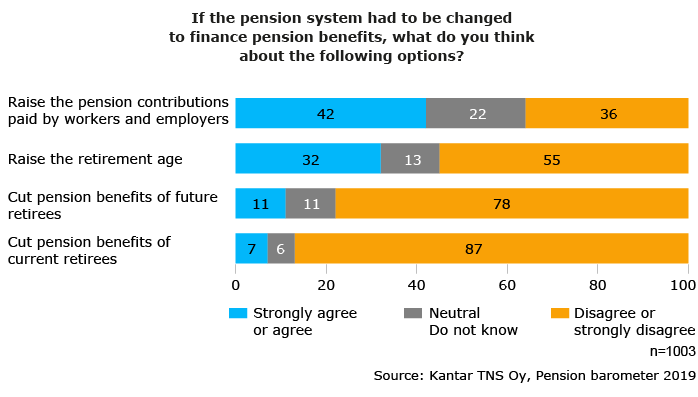 The Pension Barometer of the Finnish Centre for Pensions was conducted by Kantar TNS Oy. The interviews were conducted by phone in May 2019 with 1,003 respondents (Finnish citizens) aged between 18 and 79 years. The margin of error is circa 3 percentage points.