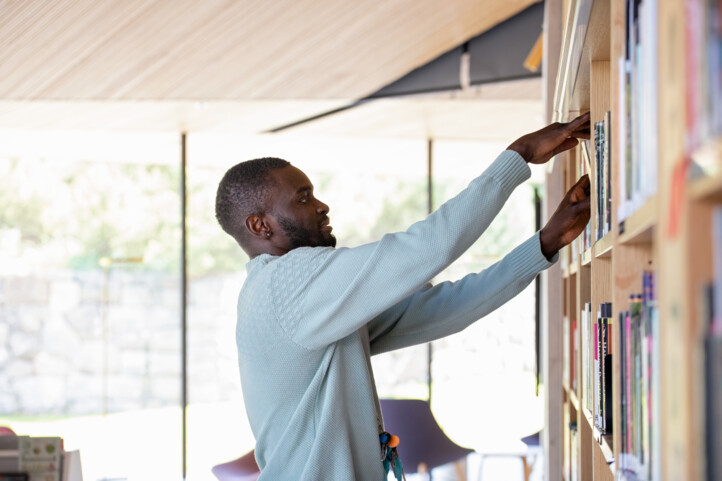 In addition to the long period of polar nights, anybody moving to Finland may be surprised by the bureaucracy relating to working here. The Finnish Centre for Pensions works alone and together with various actors to make social security matters understandable for people coming to Finland from abroad.

“The workforce is as mobile as it was before the corona pandemic; observations indicate that the mobility has, in fact, increased. The need for information is growing and continuous”, says Special Adviser Hanna Hyttinen (International Services, Finnish Centre for Pensions).

The Finnish Centre for Pensions instructs on issues relating to insuring working abroad and claiming a pension from abroad. It also issues decisions on the application of Finnish social security legislation on work abroad.

“The way social security is organised in Finland and the obligations of employers and the self-employed often need to be clarified for persons coming to Finland from abroad. Other situations that need to be clarified include those when work or self-employment are carried out in several countries at the same time. In such cases, the Finnich Centre for Pensions  decides which country’s legislation applies”, says Hyttinen.

According to Hyttinen, a person who has worked in Finland may find it surprising that, at the time they move away from Finland, they will not get the pension they have accrued with them. Instead, they have to claim their pension from Finland when they reach their retirement age.

Positive surprises, on the other hand, are that pension accrues even for short periods of work in Finland and that the pension earned is paid to all countries in the world.

A foreign worker coming to Finland may also find it difficult to perceive what the different authorities in the field of social security do. Dealing in a foreign language also comes with its own challenges.

“The cooperation of authorities and different insurance actors plays a key role for services for people coming from abroad to work in Finland. The Finnish Centre for Pensions is part of several different national and international networks that aim to facilitate labour mobility and improve advice”, Hyttinen explains.

One example of such authority cooperation are the guides for foreign workers coming to Finland published in the Suomi.fi service in early September. The guides “Expanding a foreign company to Finland” and “Work in Finland” offer information on the different responsibilities and obligations and the services available.

At the end of September, the Regional State Administrative Agency for Southern Finland, the Tax Administration and the Finnish Centre for Pensions will arrange an event (in Finnish) on the subject of ‘fair working life’. The event will focus on issues related to foreign labour, subcontracting and temporary agency work, including the fight against the shadow economy, improving occupational health and safety and observations of inspections by the authorities.

“The Finnish Centre for Pensions will contribute to the event with its observations related to light entrepreneurship, which is a growing form of employment for people coming to Finland from abroad. The distinction between whether work should be insured under the Self-employed Persons’ Pensions Act (YEL) or the Employees Pensions Act (TyEL) can be unclear in some cases, thus creating a need for, among other things, insurance supervision.

Similar themes are solved also on the EU level. A seminar organised by the European Labour Authority (ELA) on 14 September looked at ways of developing cross-border cooperation between authorities as labour mobility increases.

On its own website, the Finnish Centre for Pensions has gathered a comprehensive information package on earnings-related pension insurance and pension provision for those who come to work in Finland and for those who go abroad to work. Employers can also use an online service to find out what social insurance contributions they have to pay for their employees who come to work in Finland or who go to work abroad.