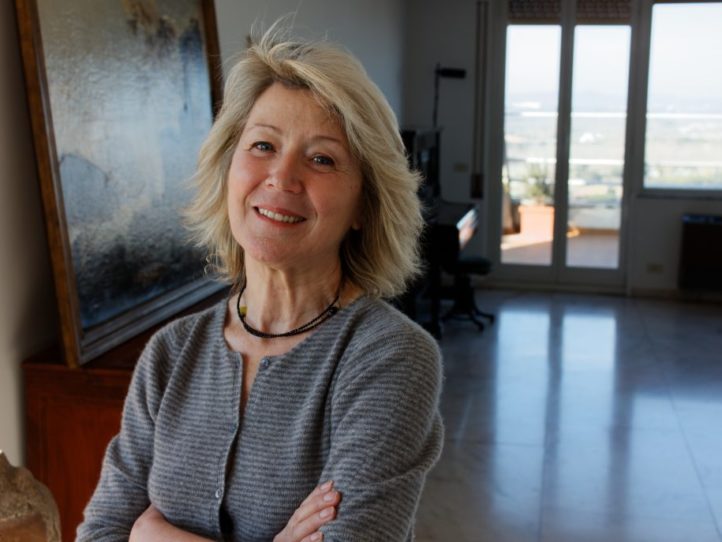 The gender gap in pensions in the EU countries is alarmingly wide, says Italian researcher Francesca Bettio. The attempts to solve this problem come with downsides.

This lady does not care for formalities. Instead of shaking hands, Francesca Bettio kisses me on the cheeks when we meet for the first time. Bettio, who has done research on gender gaps for the EU Commission, is one of the keynote speakers at an international conference on gender inequalities in employment and pensions, arranged in Helsinki in May by the Finnish Centre for Pensions.

Bettio takes a seat at the coffee table and explains why the gender gap in pensions is a problem. Her British accent shines through from time to time as she talks, a reminiscence from the time she studied in Britain.

“Following a report published in 2013, the EU was made aware of the huge difference in pensions between men and women. The gap is wide in nearly all countries. The average figure for Europe quoted in this first report was around 39 per cent in 2009 for pensioners aged 65 and over,” Bettio says.

Bettio explains that the inequality has always been problematic but the gap has not often been measured. The problem has been considered to exist only within the family.

“Now that divorces are more common and the number of voluntarily single people keeps growing, the gender gap in pensions has become a societal problem. Nowadays the likelihood of spending retirement as a single person is really high.”

Traditionally, women’s lower pensions have been patched up with survivors’ pensions, which are based on their husband’s earnings. Lately, many countries have found this system to be too expensive and unequal. In addition, they have wanted to stress that pensions accrue from work.

The EU Commission has also tried to encourage supplementary pension saving. However, according to recent research results, that would widen the gender gap even further.

Men and women are equally likely to take out voluntary pension insurance, but the amounts they can pay into such insurance differ greatly.

“Women have less money to invest and save. In addition, less than 20 per cent of people take out voluntary pension insurance. That makes it a poor solution to narrow the gender gap,” Bettio argues.

Germany, Denmark and the Netherlands have shifted towards an employer-specific pension scheme. This has widened the gender gap in pensions considerably. According to Bettio, occupational supplementary pensions are favoured by sectors with high-earning male workers.

Small steps in the right direction

Some of the problems relating to gender gaps in pensions are about to disappear on their own. Since the retirement age has risen in many countries, women’s working lives are slowly becoming longer.

“However, women under 45 tend to have fewer years in working life due to parenting. If we don’t solve this problem, it is clear that, after a while, women can’t bridge this gap,” Bettio explains.

When it comes to the number or working hours, women have a lot to catch up with. An ever increasing number of women in Europe work part-time, and working life has become unstable.

“Although things are progressing, the gender gap on the labour market is narrowing too slowly. That means that the gender gap in pensions will continue to be significant even in the next one to three decades.”

The position of women could be improved by guaranteeing a high national pension to all citizens. This would be rather costly for tax payers.

“Since women spend more time out of the labour force than men do, the third traditional alternative would be for the employer or the state to pay pension contributions for women also during unsalaried periods, such as maternity or childcare leaves. The Commission would like to strengthen this option,” Bettio says.

Improving unemployment provision is also topical. In many countries, changes in working life affect women in particular. Their employment rates are lower than men’s to begin with.

Bettio points out that the problems relating to gender gaps in pensions vary from one country to another, but some concerns are common to all. No EU country has yet found a solution that would work in all EU countries.

Nevertheless, Bettio applauds EU’s decision to encourage the Member States to raise their retirement age. This was done in Italy a few years ago, despite enormous resistance from citizens. Bettio thinks Italy is a good example of how cultural factors affect the gender gaps in pensions, not only indirectly through the labour market but also directly.

“Women were given the option to retire earlier, but with a much smaller pension.” Many have done just that, since in Italy, welfare is based on the family. Over 55-year-old women are often identified primarily as grandmothers.

67-years-old Bettio is not ready to retire yet. However, Italian law forces university employees to retire at age 70.

“I don’t know what I’ll do when I turn 70. My work is my passion and my strongest identity.”

Gender Inequalities In Employment and Pensions, Helsinki, 18 May 2018

Changes in working life threaten the pensions of young people

According to Francesca Bettio, one of the most recent problems relating to pensions is that, as working life changes, many do not qualify for social security.

“Working life is changing drastically, especially in the service branch. The number of self-employed is growing, in particularly among the young.”

The group at risk are the self-employed who do not have employees, for example, freelance journalists or researchers doing project-based work.

“They often have low earnings, and they don’t always have work. That means that they cannot afford to think about pensions, and retirement feels far off in the future. These young self-employed people face the danger of being excluded or of getting not only a very small pension but also, for example, a very small maternity allowance. The group of such young people is constantly growing,” Bettio points out.

This group consists of both men and women, but the women earn considerably less than the men. Bettio points out that the EU is aware of and concerned about this phenomenon and is currently collecting more research data on it.

“The problem is, though, that the EU also wants to make employment contracts more flexible.”