What do we expect of social security? 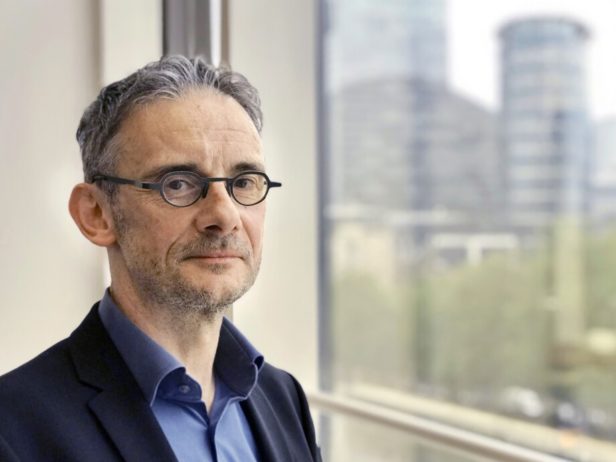 One of the most distinguished experts on social indicators, Rudi Van Dam (Chair of the Indicators Subgroup ISG) is one of the keynote speakers at Pension Adequacy in Europe – Today and Tomorrow. The conference, a side event of Finland’s EU presidency, is organised in Helsinki on 17 September 2019 by the Finnish Centre for Pensions and the Ministry of Social Affairs and Health. We met Van Dam in his office in the spectacular Finance Tower in Brussels.

The indicators that are used to measure the social status of the EU Member States are a politically delicate subject, Van Dam explains. That is why so much time is spent negotiating them. “It is very important that we find consensus among the Member States on how we can measure the economic well-being of EU citizens, or the lack of it, in a comparable way,” he says.

Van Dam argues, however, that the indicators used to measure pension systems must be improved and made more multi-dimensional. This will be the topic of his keynote speech at the conference in Helsinki in September.

At the moment, we have a rough frame of shared indicators, but in the future, we need much more detailed and harmonised information to monitor the economic well-being of pensioners and the elderly population. “Unfortunately, we still have plenty of blind spots in this area. Although we have extensive knowledge of pension levels in the various EU Member States, we lack collected data on the wealth of pensioners. This information would be very useful,” Van Dam argues. He also points out that there is not enough information on the special needs of long-term care of the elderly and how well the Member States meet these needs.

Van Dam calls out for more, and more detailed, information from the governments of the EU Member States. An additional problem is that the subject is politically very sensitive. That is why so much time is used negotiating the indicators. “For the main part, we have managed to add a few new questions to existing surveys, but we have not been able to launch new research projects,” Van Dam laments. “For example, we lack EU-level data on the replacement rate on the level of the individual person retiring, that is, predictable data on what kind of pension level a certain income level generates. Although Finland and other similar countries know their replacement rates, it is impossible to get that information for most EU countries. This is regrettable.”

When it comes to the economic well-being of the elderly population, equality is far from it within the EU. “Consider, for example, the share of pensioners who live below the poverty line. In Estonia, 40 per cent do so. At the same time, in Denmark, the Netherlands and France, the share is 10 per cent or less.”

The fact remains, however, that poverty among the elderly has been reduced clearly in the last decade. This is because, during economic recessions, the income level of the active population tends to go down while pensions remain unchanged. “In practice, when poverty is defined in relation to the income level of the overall population, the share of people getting a steady pension and living at risk of poverty is reduced which, in fact, implies that pensions act as an automatic stabilizer of the economy. In addition, we have monitored the development of the purchasing power of pensioners. We have observed that, in absolute terms, the status of the elderly has improved,” Van Dam sums up.

Rudi Van Dam works at the Federal Public Service Social Security Belgium, which is in charge of coordinating and developing social security in Belgium. The country consists of a federation of three highly autonomous regions: Flanders, Wallonia, and the Brussels-Capital Region. A large part of the social security actors are private foundations and co-operatives, supervised by the federation.

Van Dam, who holds a Master’s Degree in Political and Social Sciences from the University of Antwerp, is the chair of the Indicators’ Subgroup (ISG) of the Social Protection Committee (SPC). The ISG produces, among other things, the Pension Adequacy Report (PAR) and other similar EU-wide data packets.

The Employment, Social Policy, Health and Consumer Affairs Council configuration (EPSCO) utilises this material as it, in cooperation with the European Parliament, draws up legislation that is to improve the living conditions for EU citizens.

The current EU Commission has paid much more attention to EU social politics than earlier Commissions. “It’ll be interesting to see if the new Commission will find social policy as important as the current Commission does. I think it is likely to do so, because the countries with evolved employment protection and social security systems clearly stand global crises better than others.”