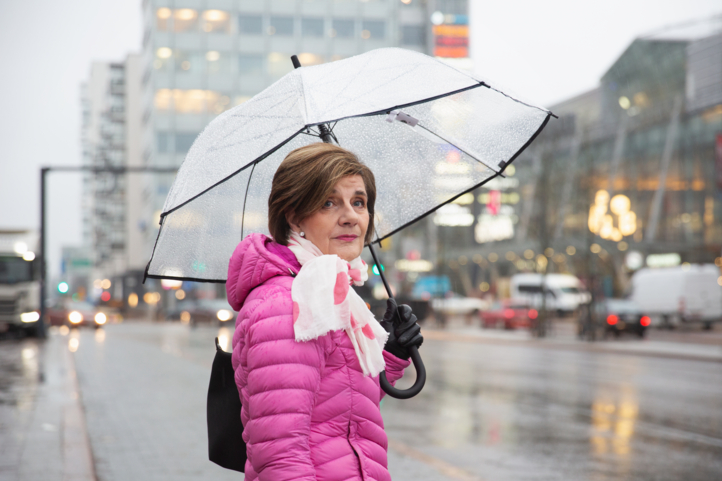 Finns are worried about the retirement income of low-income retirees in particular. Retirees’ income gaps and the availability of reasonably-priced social and health services also cause concern. A recent study by the Finnish Centre for Pensions reveals that women are more worried about pension issues than men.

According to the study, three out of four Finns are worried about the livelihood of low-income retirees. Women are more worried than men.

“Four out of five women and only two out of three men are worried about their income in retirement. The gender gap is clear”, says senior researcher Liisa-Maria Palomäki (Finnish Centre for Pensions).

Palomäki estimates that the worry about pension adequacy may be linked to women’s, on average, lower pension level. The low pension level is often due to women’s lower earnings.

Figure 1 ”How worried are you about the following pension-related issues? Answer on a scale from 1 to 5, where 1 = not at all worried and 5 = very worried”, data in Excel file

The income gap between retirees and the risks relating to pension asset investments also worry women more often than men.

Continued trust in the pension system

Regardless of the worries, seven out of ten of the respondents find the pension system to be reliable. The older age groups, those in a relationship, the more highly educated and those who felt in good health trust the pension system more than the others.

“This study confirms the results of previous surveys on trust. Those with less worries about their economic and employment situation more commonly trust the pension system”, Palomäki states.

That said, Palomäki sees contradictions in the trust of the Finns.

“Although the majority trusts in the pension system, only one in four finds it to be fair or clear.”

Women, those who feel in poor health and those with a lower educational level found the pension system to be fair less often than did the others. They are also more critical regarding pension adequacy.

Figure 2 ”Do you agree with the following statements on pensions?”, data in Excel file.

According to the survey conducted by the Finnish Centre for Pensions, the trust in pension asset investments and the views on investment risks are linked to the general trust in the pension system. Those Finns who find pension asset management to be trustworthy also tend to trust the pension system more often. Similarly, those who are less worried about the investment risks find pensions to be more reliable.

The questionnaire survey was conducted in September-December 2019. A total of 1,757 Finns aged between 25 and 67 years responded to the survey.