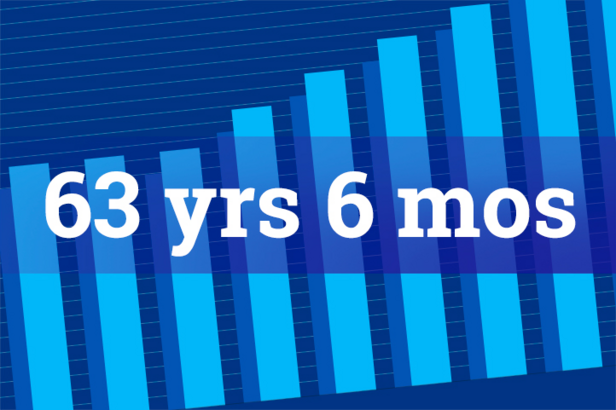 The majority of older workers defer retirement and continue working in pace with the rising retirement age. Last year, around 45,000 Finnish citizens retired on an old-age pension.

The eligibility age for the old-age pension rises by three months per age cohort. In 2018, it was 63 years and 3 months. In 2019, it rose to 63 years and 6 months, when the first of those born in 1956 reached the retirement age of their age cohort.

Recent statistics of the Finnish Centre for Pensions shows that both increases of the retirement age have deferred the peak effective retirement age by three months compared to the previous year.

“Since the majority of the older workers continued working up to their new retirement age, te pension reform in 2017 seems to extend the final part of working life. Many workers stop working and retire on an old-age pension as soon as they reach their own retirement age. Now this happens six months later than it did two years ago,” explains development manager Jari Kannisto (Finnish Centre for Pensions).

In connection with the pension reform in 2017, a decision was made to raise the earliest eligibility age for the old-age pension. It now depends on the person’s year of birth and rises by three months each year. This clearly affects not only the time of retirement on an old-age pension but also the number of new retirees.

In the last few years, more than 10,000 persons have transferred from an unemployment allowance to the old-age pension. The shares of men and women have remained equally large.

“Raising the earliest eligibility age for the old-age pension has not increased the unemployment rate of the older population. A favourable economic situation before the corona has surely promoted a favourable development,” Kannisto states.

Number of new retirees on a disability pension risen

Retirement on a disability pension has increased somewhat among the over-61-year-olds.

Effective retirement age rose briskly in the year of the coronavirus