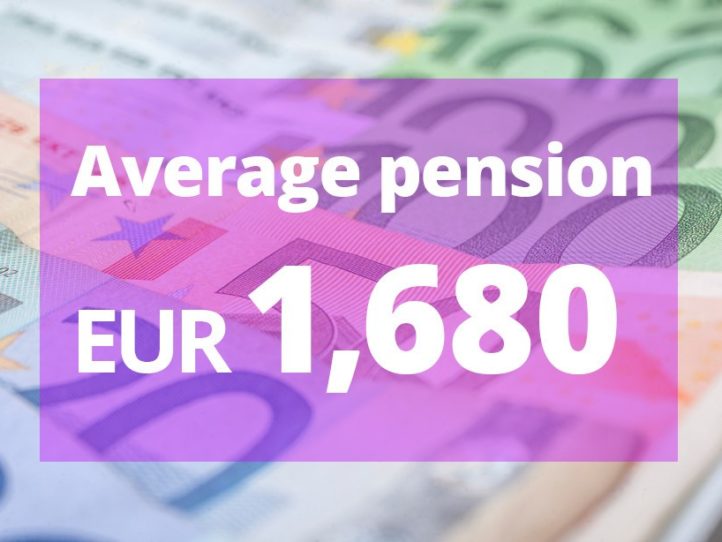 “Men continue to dominate the statistics of recipients of high pensions. Of the decile getting the highest pensions, women count for slightly less than one third. The situation has been the same for the last ten years”, says Tiina Palotie-Heino, statistics manager at the Finnish Centre for Pensions.

The data is per year-end 2018 and based on joint statistics of the Finnish Centre for Pensions and Kela. 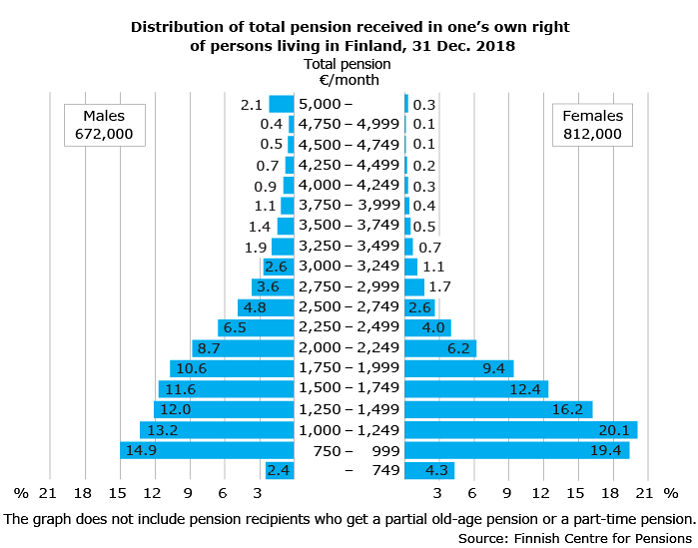 Roughly 200,000 persons, or six per cent of the working-age population, received a disability pension in 2018. That was slightly fewer than in 2017.

The pension expenditure in Finland in 2018 was 31 billion euros, of which 28 billion euros were earnings-related pensions and 2.4 billion Kela pensions.

The pension income are in gross amounts.

The average monthly pension of people who live in Finland and who get an earnings-related or a national pension.

The review excludes persons who get a part-time pension, a partial old-age pension or only a survivors’ pension.

Statistics on Pensioners in Finland (etk.fi/en)