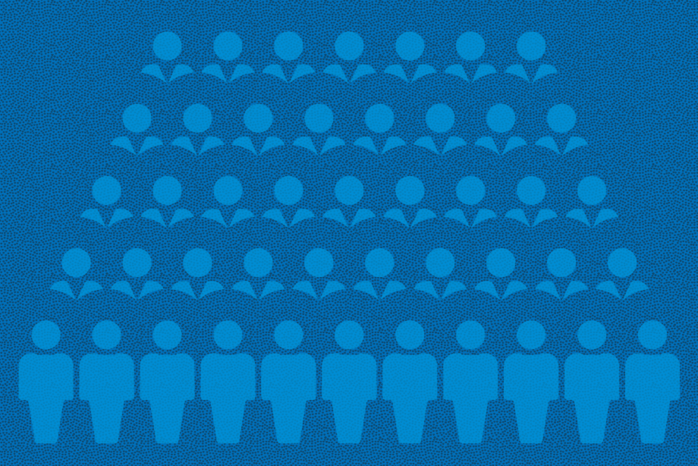 In 2018, the median monthly earnings of women insured under the earnings-related pension acts were 610 euros less than men’s. The gap was 850 euros in the private sector and 330 euros per month in the public sector. The monthly insured earnings of women were 80 per cent of those of men.

According to statistics of the Finnish Centre for Pensions, the median monthly earnings for which pension benefits accrue were slightly below 2,700 euros for employees in 2018. The median earnings of women (€2,410) were 80 per cent of men’s (€3,010). Median means that half of the persons in the study sample earned less than the median earnings.

”The earnings are the lowest in the municipal sector, where the gender gap is also the narrowest. State employees have the highest earnings, with women’s median earnings being 83 per cent of men’s. Private sector earnings are in-between these two,” explains development manager Jari Kannisto at the Finnish Centre for Pensions.

The 30–60-year-olds are most closely involved in working life. The earnings are the highest in this age range. For example, the median monthly earnings of the 40–49-year-old insured persons were 3,180 euros: for men, 3,660 euros and for women 2,810 euros.

“Men’s earnings are at their highest around the age of 40 and women’s around the age of 50. The reasons for the peak earning ages are clear: persons have gained a decent amount of work experience, the most hectic child raising years are over and the illnesses that come with age are not yet too disruptive,” Kannisto explains.

Persons insured for an earnings-related pension in Finland (etk.fi)

Persons insured for an earnings-related pension in Finland, graphs (SlideShare) 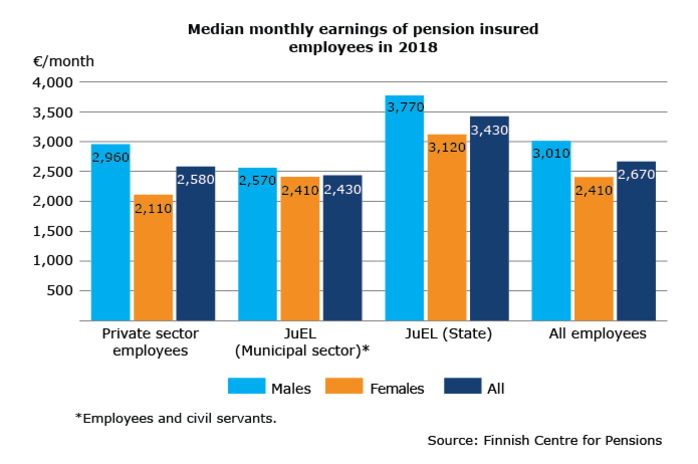