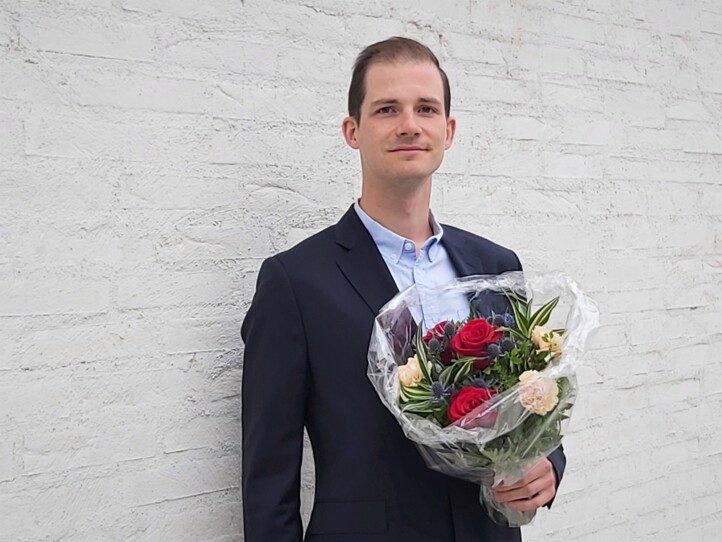 Each year, the Finnish Centre for Pensions grants a Pro Gradu Award to a distinguished master’s thesis. This year the award goes to Jonathan Strömberg from the University of Oulu. His thesis examines the financial sustainability of the Finnish occupational pension system, comparing the Finnish, Dutch and Danish pension systems.

The Finnish pension system became the topic of the thesis after a night out with friends.

“One Friday night, my friends and I talked about whether the Finnish pension system was good or bad. My research into the subject turned into a master’s thesis for the University of Oulu,” Strömberg explains.

Strömberg decided to compare the Finnish pension system with the two top pension systems: the Danish and the Dutch. At the same time, he looked for answers relating to questions of financial sustainability of pension systems. These questions are traditional topics in studies and projections within the pension field.

Strömberg also looked into what would happen if everyone had to save for their pension on their own. Would a contribution-based system be better than the current Finnish benefit-based system?

“I believe that we need to look out for each other. I shy away from a society in which only those who can afford to pay will do well. That said, the Finnish pension system has flaws that need to be fixed.”

Strömberg estimates that, even though the Finnish pension system is fairly successful, it will need a significant overhaul in the near future. There is much to patch up.

“Without doubt, we must improve employment rates, particularly those of the older workforce. In addition, we must probably raise pension contributions.” Raising contributions is inevitable due to the demographic development, as well.

Strömberg, who has worked at Ilmarinen Mutual Pension Insurance Company, says reforming solvency regulations is important, as well. He finds that the current regulations lead to problematic investment decisions.

“Turbulence on the financial markets should not auomatically force private sector pension investors to sell their holdings in stocks.”

We can learn from the Dutch pension system, Strömberg argues. In the Netherlands, pension investors have more freedom regarding investment risks and the cost structures are lower. Lower costs help ease the pressure to raise pension contributions, at least to some degree.

This year, the winner of the Pro Gradu Award was selected by doctor Jukka Rantala, retired (2019) managing dirctor of the Finnish Centre for Pensions.

According to Rantala, Strömberg’s Master’s thesis deals with a central totality of the earnings-related pension system and examines the most important factors affecting the system’s financial stability. Comparing the Finnish pension system to those in the Netherlands and Denmark was also a smart choice since these two countries top most international pension system comparisons. In addition, the thesis proves Strömberg’s wide knowledge of the field.

The Pro Gradu Award of the Finnish Centre for Pensions is granted to a a distinguished Master’s thesis on a topic of interest to pension provision and accepted at a Finnish university in the previous calendar year. The discipline is not limited. The award is 2,000 euros.

Master’s thesis of Jonathan Strömberg: Discussion on improvements to the financial sustainability of the Finnish earnings-related pension system, University of Oulu repository Jultika

Master’s thesis of Jonathan Strömberg: Discussion on improvements to the financial sustainability of the Finnish earnings-related pension system, University of Oulu repository Jultika