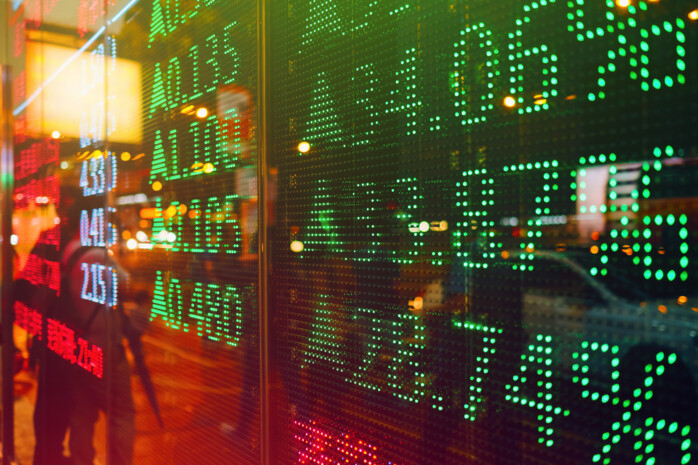 Last year was exceptionally good for pension investors worldwide. The largest investment returns of nearly 20 per cent were achieved by the Government Pension Fund of Norway (SPU) and the Swedish AP4. Despite an excellent investment year, the return of most actors included in the comparison fell over a 10-year period.

The international comparison of investment returns made by the Finnish Centre for Pensions includes 23 pension investors. The comparison covers the major Finnish earnings-related pension providers, as well as large investors from northern Europe, North America and Asia.

The investors entered 2019 under unstable conditions. The last quarter in 2018 was weak. Brexit and the trade war between the United States and China cast dark shadows over the investment markets.

Contrary to what was expected, however, the year turned out to be exceptionally profitable for pension funds throughout the world. All asset categories performed excellently. Listed shares were particularly profitable. Their value increased right at the beginning of the year.

“The expected increase in interest rates subsided in 2019, which worked in favour of stock prices. This year, the outburst of the corona pandemic caused a steep drop in stock prices in March, but due to the strong supportive measures of the central banks, the stock prices have risen slightly since then. Nevertheless, 2020 is becoming a tough year for pension investors both in Finland and globally,” states director Jaakko Kiander (Finnish Centre for Pensions).

The earnings-related pension investors have been divided into two groups in the comparison based on their risk bearing capacity: those that are bound by sustainability regulations and those that are not. The real returns were reviewed over a one-year, a five-year and a ten-year period between the years 2010 and 2019.

Norway received the highest returns throughout its investment history

The investment assets of the Norwegian fund grew by 170 billion euros in one year and was an ample one thousand billion euros at year-end 2019. This was the best result throughout SPU’s investment history.

The high return can be explained by the Norwegian investment strategy and the highest equity weight (70%) of the comparison. The fund balances its portfolio whenever the markets change. During the temporary drop in share prices in the last quarter of 2018, the Norwegians acquired large amounts of shares and benefitted more than others from the rise in share prices at the beginning of 2019.

“Due to the corona pandemic, the fund value decreased by more than 100 billion euros. The equity weight decreased but, in line with its investment strategy, the fund aims to return its equity weight to 70 per cent.  The state of Norway has also withdrawn more than intended from the fund to fight the pandemic,” explains liaison manager Mika Vidlund (Finnish Centre for Pensions).

SPU monitors certain indexes in its strategy. It has no pension liabilities that it needs to cover, nor is its risk bearing capacity restricted by solvency regulations.

Some of the actors that are governed by solvency regulations also achieved exceptionally high returns. For example, PFZW (the Dutch pension fund for the care and welfare sector) collected nearly 16 per cent in profit, particularly through favourable share trading.

Of the Finnish pension investors, the highest return was achieved by the Church Pension Fund (13.4%) and the State Pension Fund (12.6%), who are not governed by solvency regulations. Of the earnings-related pension providers, Elo (11.8%), Varma (10.9%) and Ilmarinen (10.7%) performed the best.

Despite an excellent investment year, the return of most actors included in the comparison fell over a 10-year period (2010–2019). This is because the top year after the financial crisis, 2009, dropped out of the review period.

The highest return was shown by the Government Pension Fund of Norway (SPU), the Swedish buffer fund AP4, the Canada Pension Plan Investment Board (CPPIB) and the Danish earnings-related pension fund ATP, all of which earned a real return of 8.7 per cent. SPU’s profit is measured in Norwegian Krone (NOK). The favourable result was also affected by the NOK exchange rate depreciation.

The average annual return of the Finnish pension investors was around 5 per cent over the 10-year review period. The domestic buffer funds (Keva, State Pension Fund, Church Pension Fund) achieved a slightly higher return than the actors who are subject to solvency regulations (earnings-related pension insurance companies and industry-wide pension funds).

“Of the European actors, the long-term return increased only for the Norwegian and Danish actors. The return increased also for the Asian and North-American pension investors,” explains Senior Advisor Antti Mielonen (Finnish Centre for Pensions).

Preconditions of the investment return comparisons

Sentence corrected on 14 May 2020 at 10:27 The percentage corrected from 19 to 16: For example, PFZW (the Dutch pension fund for the care and welfare sector) collected nearly 16 per cent in profit, particularly through favourable share trading.