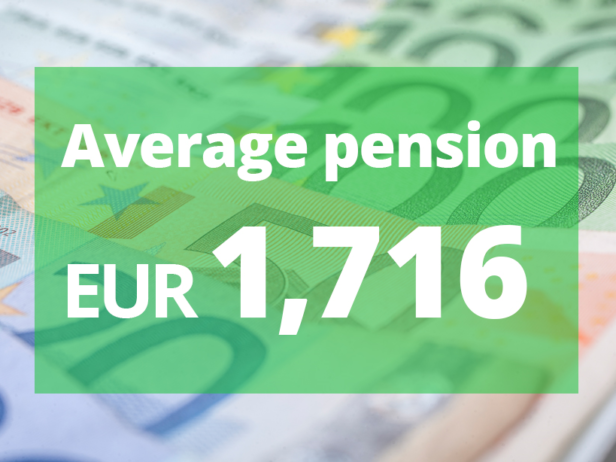 The average monthly pension of Finns exceeded 1,700 euros for the first time. In real terms, it has risen by nearly 200 euros in one decade. For nearly 40 per cent of the retirees, the monthly pension was less than 1,250 euros. The number of pension recipients increased in all provinces except Uusimaa, where the highest pensions in the country were paid. The smallest pensions were paid in Southern Ostrobothnia.

The monthly pension of Finns has grown in rel-terms by more than 10 per cent, or nearly 200 euros, in one decade. The monthly pension in 2009, converted to today’s money, was 1,530 euros on average. The median pension was 1,308 euros.

“The average growth of pensions is a result of extended working life, an increase in wages, annual index increases and the fact that, on average, starting pensions are considerably higher than pensions that have ended,” says statistics manager Tiina Palotie-Heino (Finnish Centre for Pensions).

The data is per year-end 2019 and based on joint statistics of the Finnish Centre for Pensions and Kela.

One third of all aged 16 or above receive a pension

In Finland, already 1.5 million persons receive a pension in their own right. In one decade, the number of pension recipients has grown by 200,000 persons (14%).

The pension expenditure in Finland in 2019 was 32 billion euros, of which 28,9 billion euros were earnings-related pensions and 2.3 billion Kela pensions.

The pension income is in gross amounts.

The average monthly pension of people who live in Finland and who get an earnings-related or a national pension.

The review excludes persons who get a part-time pension, a partial old-age pension or only a survivors’ pension. 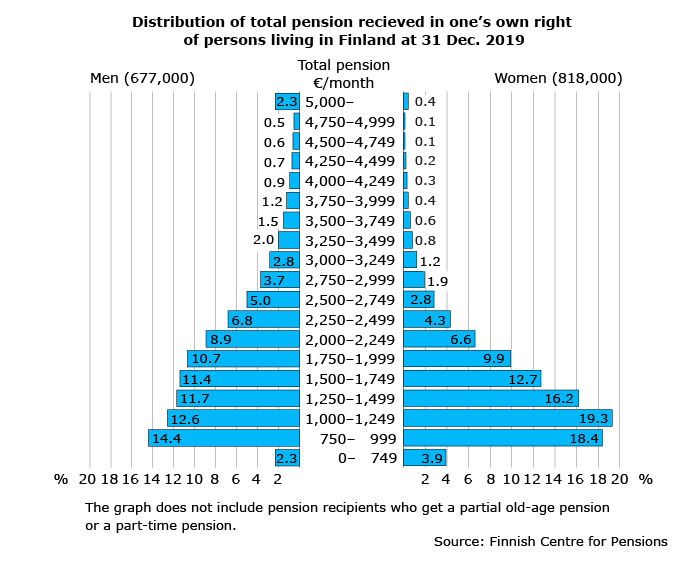 Pension for child care to one million Finns