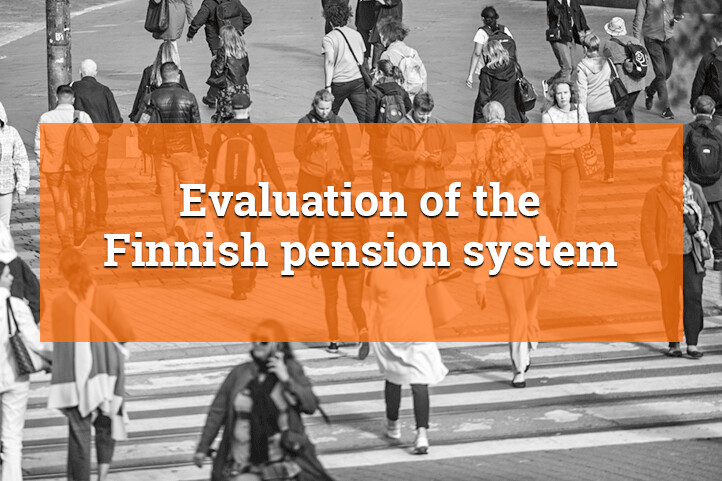 A fresh international evaluation of the Finnish pension system finds that the system efficiently alleviates poverty and provides a reasonable income for pensioners. Nevertheless, the system will face a financing challenge that must be addressed in due time, by either raising pension contributions or strengthening the adjustment mechanisms.

Compared to the other Nordic pension systems, Andersen finds the following to be among the strengths of the system: the principle of a one-stop-shop, a simple structure, the portability of pension entitlements and pension adequacy.

“From a citizen’s perspective the system is effective since the pension accrued across working life can be claimed and received on a one-stop-shop principle. Finland also has a relatively comprehensible defined benefit structure. From an individual perspective, this has the advantage of reducing information problems prevalent in countries where the pension income has many sources,” Andersen explains.

On its part, the Finnish pension system also promotes flexibility in the labour market. Andersen points out that pension rules and benefit entitlements are not a barrier to job-shifts. This means one thing less for the worker to worry about.

One of the crucial criteria when assessing a pension system is how the system alleviates poverty in retirement. Measured by both poverty rates and replacement rates, the Finnish pension system is on par or better than in most other countries, Andersen finds. For example, in the age group 66+, only 5 per cent of the men and 8 per cent of the women were below the poverty line in 2016.

The future looks positive. The projected real value of pensions and thus material living conditions increase across all groups in the future.

Andersen points out, however, that the income gap between pensioners and those active in the labour market will widen. This is mainly a result of the life-expectancy coefficient and the wage-price indexation falling below the average wage growth in society.

“Although indexation supports the financial sustainability of the pension system, the question is whether this development is politically sustainable. In the long run, inequality within the group of pensioners across education, gender and age, is widening.”

The Finnish pension system has been reformed on several occasional in the last decades. In his report, professor Andersen assesses that Finland must continue reforming its pension system to strengthen pension financing. The most recent automatic adjustment mechanisms – the life expectancy coefficient and the statutory retirement age increases – continue to hold a central role for the sustainability of pension financing. In their current form, they are not enough.

“The financial viability of the system is challenged in the medium to long run since the built-in adjustment mechanisms are not strong enough to ensure a balance between contributions and pension expenditures. Analysing the projections shows clearly that a problem is arising. It must be solved.

Disregarding this problem increases the likelihood of the need for large changes in the future. This creates uncertainty and affects intergenerational income distribution.

“That is why it is important to create a reform strategy in which it is decided if future increases to pension expenditure is financed in advance via raised pension contributions or whether the adjustment mechanisms are strengthened,” Andersen argues.

In addition to raising pension contributions and strengthening adjustment mechanisms, Andersen finds that investment operations and solvency regulations should be reformed.

“Overall, the Finnish pension system fared well in the evaluation. In Finland, we haven’t necessarily understood to appreciate how simple and portable pension entitlements are across jobs for the insured,” managing director Mikko Kautto (Finnish Centre for Pensions) points out.

“On the other hand, professor Andersen highlights the gaps in contribution levels and the outlook of contributions. A key topic of discussion arising from this evaluation is how we should meet the future financial challenges that our pension system faces.”

Andersen’s recent report is part of a by now traditional series of external evaluations of the Finnish pension system. Previous evaluations have been made by professors Axel Börsch-Supan (2005), Nicholas Barr (2013) and Keith Ambachtsheer (2013).

Torben Andersen is professor at Aarhus University and actively involved in developing the Danish pension system. He is also the chair of the supervisory board of ATP, the largest earnings-related pension company in Denmark.

Watch the recording of the webinar

Chairman of the Board of Directors of Arek Oy.