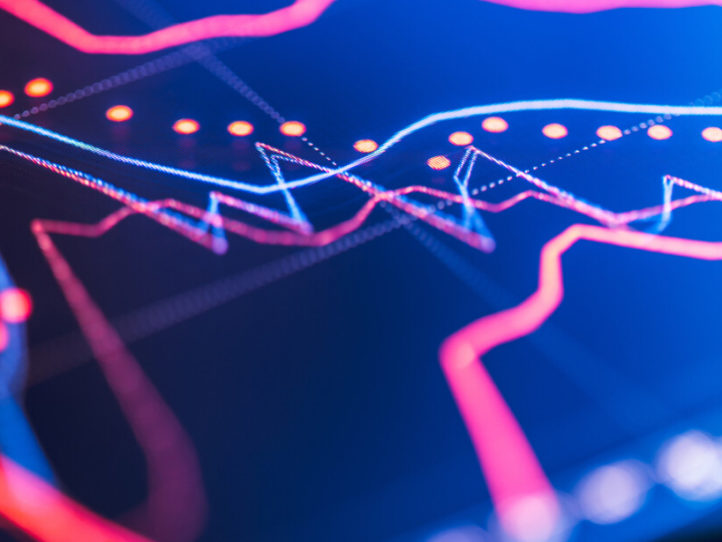 Most pension investors struggled last year, particularly in the last quarter of the year. The Norwegian Government Pension Fund Global (SPU) suffered the most from the slump in stock prices, losing as much as 6 per cent of its assets. Yet the return of nearly all of the actors included in the comparison improved over the 10-year review period.

Two actors have been added to the comparison since last year. With the statutory pension funds of Japan (GPIF) and South Korea (NPS) included, the comparison now includes three of the largest pension investors in the world.

“Our comparison now includes seven of the ten largest pension investors. We have also extended the geographical scope of the comparison. It is interesting to compare how these two rapidly ageing nations prepare themselves for the change in demography via their investment operations,” says liaison manager Mika Vidlund (Finnish Centre for Pensions).

The earnings-related pension investors have been divided into two groups based on their risk bearing capacity: those that are bound by sustainability regulations and those that are not. The real returns were reviewed over a one-year, a five-year and a ten-year period between the years 2009 and 2018. 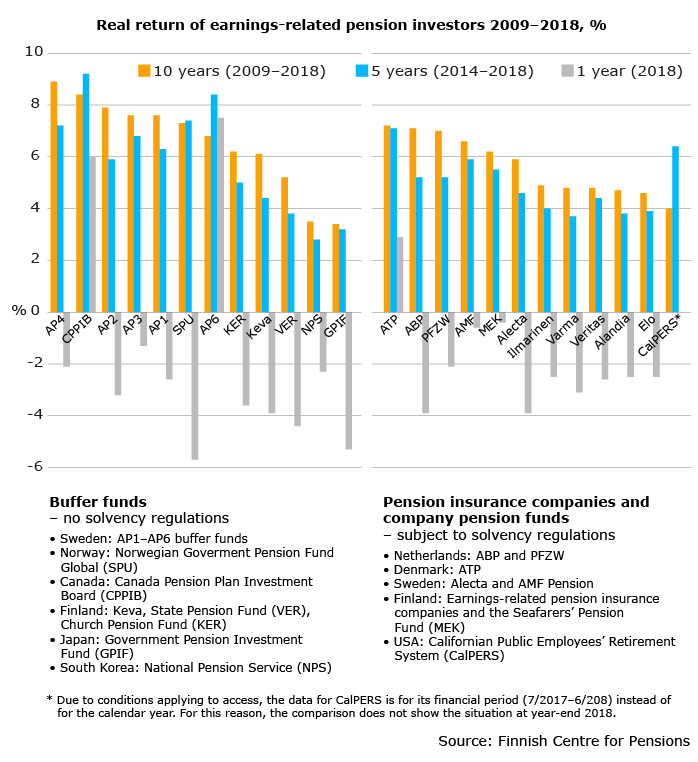 The year 2018 was difficult for most earnings-related pension investors. As the appreciation of listed shares plunged in the last quarter of the year, the investment returns ended up in the red.

“The result is dramatic when compared to the fund’s top return last year (11.8%). The loss would have been even greater if the krone had not weakened,” explains senior adviser Antti Mielonen (Finnish Centre for Pensions).

The Canada Pension Plan Investment Board (CCPIB), the Swedish buffer fund (AP6) and the largest Danish earnings-related pension fund (ATP) stand out with their positive return of 3-7 per cent.

AP6 and CCPIB, with the highest returns in the year of comparison, profited from their capital investments. CCPIB’s result was also improved by the weakening Canadian dollar. ATP’s fixed-income security weighted investment portfolio also yielded a good return.

The average return of the Finnish earnings-related pension providers was slightly less than 3 per cent in the red, or on an average level in the comparison.

Although pension investors struggled in 2018, the investment return of nearly all actors improved in the ten-year review period. The rise in return is explained by the financial crisis of 2008 dropping out of the review period.

The highest real return in the 10-year review period was shown by the largest Swedish buffer fund AP4 (8.9%) and the Canadian CPPIB (8.4%).

The average annual return of the Finnish pension investors was 5-6 per cent. The investment return of Finnish buffer funds (Keva, VER, KER) was approximately one percentage point higher than of those who are bound by sustainability regulations (earnings-related pension insurance companies and employment pension funds) over the last decade.

“The favourable development of the stock markets have kept the returns of most actors on a high level. The trade war between China and the US, as well as Brexit, cause uncertainty when looking into the future. It showed already in the last quarter of 2018,” Vidlund explains.

It is not possible to draw direct conclusions on the success of investment operations based on this comparison. The final results are affected by, among other things,  the currency region, exchange rates and investment regulations of the actors.

Preconditions of the investment return comparison