Growth of life expectancy of Finns may be slower than expected 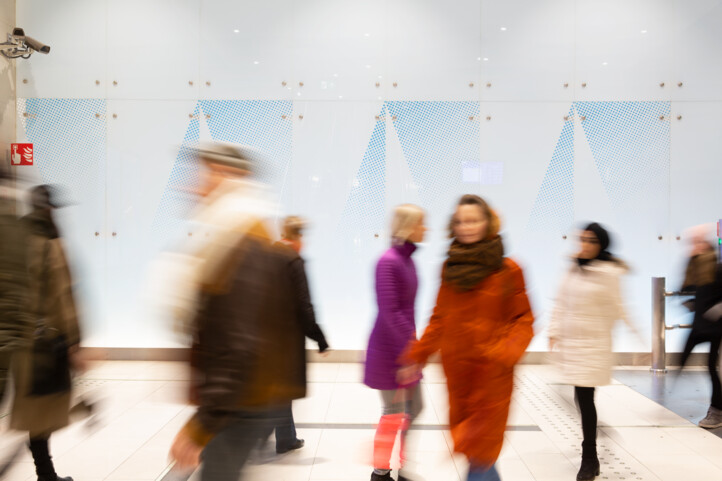 The development of mortality greatly impacts the end results of pension projections. According to Eurostat’s population projection, the gaps in EU countries’ expected longevity will narrow. Eurostat projects that life expectancy in Finland will grow at a slower pace than projected by Statistics Finland. This would slow down the rise of the retirement age and improve pension benefits compared to national projections.

The growth in pension expenditure and pension payments is not only due to low birth rates; extended longevity makes a significant impact, as well.

In 2019, life expectancy for men was 79.2 years and for women 84.5 years. If life expectancy were to remain at the current level, the pressure to raise the contribution level of pensions under the Employees Pensions Act (TyEL) would be removed almost completely.

However, it is realistic to assume that life expectancy will continue to grow also in the future, but perhaps not as rapidly as previously projected.

“Population projections have assumed that life expectancy continues to grow rapidly. In recent years, experience from other industrial countries and the current corona pandemic raise the question of for how long the positive trend can continue. This is why it is justified to review also alternative development scenarios,”  says director Jaakko Kiander (Finnish Centre for Pensions).

Projection for Finland the highest of all countries of comparison

According to the population projection of Statistics Finland, which the baseline projection of the Finnish Centre for Pensions is based on, life expectancy is assumed to grow clearly faster in Finland compared to the other countries of comparison (for example, Germany and Sweden) in the long run. Only in Norway is life expectancy projected to grow at the same pace as in Finland.

By 2070, men’s life expectancy is projected by Statistics Finland to grow by 10 years and be 89 years while that of women is projected to grow by 7 years to 91.5 years. The equivalent figures in Eurostat’s projections are 86 years for men and 90.5 years for women.

“Statistics Finland’s projection is more optimistic than those of other European countries and that of Eurostat. Finnish mortality is predicted to continue decreasing in the same way as it has done since the end of the 1980s”, explains mathematician Tuija Nopola (Finnish Centre for Pensions).

This is why the development as projected by Eurostat would only slightly reduce the pressure to raise pension contributions. Instead, pensions would be higher and the earliest eligibility age for the old-age pension lower than in the baseline projection.

In the baseline projection of the Finnish Centre for Pensions, the earliest eligibility age for an old-age pension for those born in 2000 is 68 years and 2 months. In Eurostat’s projection it is 7 months less: 67 years and 7 months.

In the baseline projection, the ratio of the average pension to the average earnings will decline from the current level (52%) by around 10 percentage points to 43 per cent by 2070. This decline is due to, among other things, the effect of the life expectancy coefficient. Using Eurostat’s mortality assumptions, the ratio declines slightly less, to around 44 per cent.